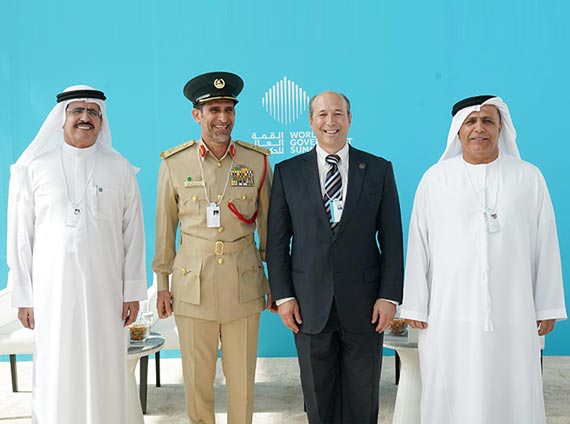 In implementation of the directives of His Highness Sheikh Hamdan bin Mohammed bin Rashid Al Maktoum, Crown Prince of Dubai and Chairman of The Executive Council, to proceed with the partnership agreement between the Roads and Transport Authority (RTA) and Cruise Inc. to operate Cruise autonomous vehicles to offer taxi and e-Hail ride services, His Excellency Mattar Al Tayer, Director-General, Chairman of the Board of Executive Directors, RTA; His Excellency Lieutenant-General Abdullah Khalifa Al Marri, Commander-in-Chief of Dubai Police; His Excellency Saeed Mohammed Al Tayer, Managing Director and CEO of Dubai Electricity and Water Authority (DEWA); and His Excellency Jeff Bleich, Chief Legal Officer of the American Cruise Inc. held a coordinative meeting to discuss the technical details related to the operation of Origin autonomous vehicle.

The meeting discussed the key enablers that include specifications, standards, infrastructure, procurement plan as well as the operational aspects and developments related to the operation and production of Origin autonomous vehicle in San Francisco, as Dubai will be the global platform for operating this vehicle. Discussions also covered selecting the best locations in Dubai to start operating this first-of-its-kind service, based on some technical criteria highlighted by the readiness of the infrastructure and the anticipated demand for the service.

The meeting discussed RTA and Cruise’s preparations of digital maps of these self-driving vehicles such that the service will be ready for actual launch in 2023 rendering Dubai the first city outside the USA that operates Origin’s autonomous vehicles. The meeting also examined developing highly efficient battery systems to support the operation of these vehicles.

Jeff Bleich, Chief Legal Officer at Cruise, said: “The RTA shares our vision for a safer, cleaner, and more accessible transportation future and we’re excited to bring the Cruise Origin to our first international market in Dubai.”