(The celebrations aim to showcase the initiative in various social events) 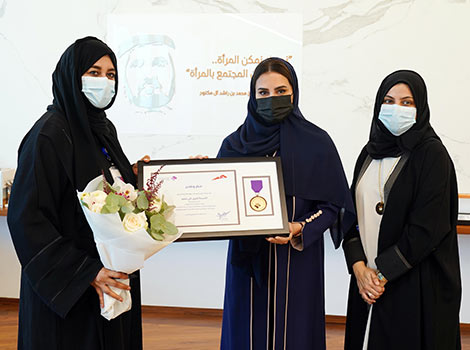 Dubai’s Roads and Transport Authority (RTA) has held a series of cultural and recreational events inside and outside RTA in celebration of Mother and Children’s Day 2022. Several mothers and children of working women took part in the events and a host of RTA working women were honoured with the Ideal Mother’s Award. These celebrations signal RTA’s keenness to take the initiative in various social and humanitarian events, such as the Mother and Children’s Day and Week. Moreover, RTA seriously seeks to improve the performance of female employees, especially mothers, by polishing their talents and skills to empower them assume leading positions in RTA.

Moaza Al Marri, Executive Director of the Office of the Director-General and Chairman of the Board, RTA, extended sincere thanks to Her Highness Sheikha Fatima bint Mubarak (Mother of the UAE) for the unlimited support to UAE women, especially mothers, motivating them to take an active role in the UAE community, and contribute to the development drive seen by the UAE in various fields to realise the vision of our leaders.

“RTA is keen to engage female employees in 2022 events. It called on female employees to design Thank You Mom card to present to their mothers on this occasion. Several female employees were honoured with the Ideal Mother’s award. Celebrations included the First-Generation event, a photo session of mothers of the first generation expressing their excitement by the celebrations of the event and My Heritage event, where traditional handicrafts of mothers are displayed in collaboration with an international company. A (Heritage Workshop) would be also organized to spotlight the UAE heritage, Majlis etiquette and offer Arabian coffee,” added Al Marri.