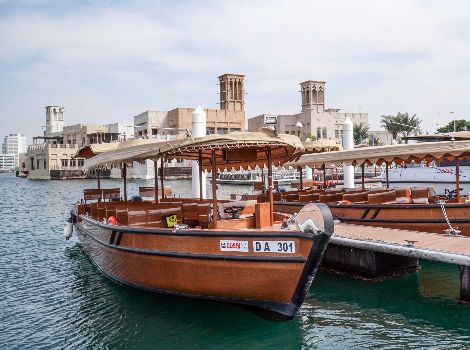 “RTA will conduct weekly draws for the most frequent marine transport riders. Winners will be rewarded with admission tickets to La Perle at Al Habtoor City,” he added.

Marine transport means are part of RTA’s core services. They are particularly appealing to tourists, as riders will savour the picturesque views and the iconic landmarks of the city during their journeys in Dubai, besides the smooth and enjoyable rides.

RTA’s marine transport means had been designed by renowned boat manufacturers at top global standards. They are fitted with safety and security means and feature designated spaces for people of determination as well as accessibility for bikes and scooters to encourage flexible mobility.